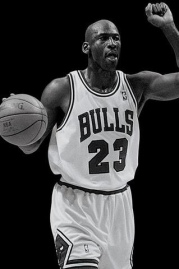 You’re at the big one, playing Madison Square Garden. You’re in front of a sold-out crowd, thousands of people chanting your name, with half of them wanting you to choke and the other eager to see you deliver the goods. You’re down to the last few seconds of the game and you can feel yourself buckling under the pressure. Then, just as you see the perfect opening you can exploit to land that right cross, take him down for the count, and grab the championship, you choke. Your performance anxiety gets the better of you and you choke. You pass on the opportunity and, for just a split second, leave yourself open. It isn’t much of a window, but you’re up against an experienced hitter, and he takes the shot. A split second later, you’re out.

Falling For The Trap

It is far from pleasant, but for some boxers, this is a harsh and real possibility. The slightest opening you afford your opponent can result in you being taken down for the count. However, boxers aren’t the only ones that end up in this sort of situation. Athletes will always experience a certain degree of nervousness while playing, though the reasons may vary. For some, it is the pressure to excel and prove oneself worthy of their place in the team. For others, they have a reputation that they have to uphold. Anxiety can, really, be caused by a number of reasons.

Performance anxiety can literally cost you a championship. However, the problem isn’t just a one-time thing that strikes at the most critical point of a match. performance anxiety is at its most annoying when it becomes a constant problem for the athlete while he’s performing in that all-important game. It is that twitching in your nerves that causes you to miss that crucial three-point shot. It is that miscalculation in your mind that makes you strike out when your team desperately needs a home run. Performance anxiety is that single mistimed step that gets you trampled by the opposing team as you’re going for a touchdown.

Of course, performance anxiety does not necessarily have to be limited to one’s performance come the big game. Several of history’s greatest sports superstars, from Michael Jordan to Wayne Gretzky, from Muhammad Ali to Babe Ruth, all experienced it at one point or another. For some, it is when facing off against their infamous rival, like that third bout between Muhammad Ali and Joe Frasier. For others, it is that first away game of the season, far from the support of the hometown crowd and right in the middle of what can be considered enemy territory. For some athletes, the anxiety comes when they know that people important to them are watching them in the arena, such as family or a significant other.

The Solution To Performance Anxiety

For many experts, it is no longer about how to prevent performance anxiety. In many ways, athletes will always be nervous about performing, even if the game is a low-pressure one. The focus right now is finding ways to help the athlete be effective despite the anxiety and fear he’s feeling. There is really no way to prevent being nervous, but there are ways that coaches and players can utilize to get around the impediments presented by that anxiety. The most common way is to train the player to see his own anxiety as a challenge, using it as motivation to push him to excel despite his fears that he may not be up to the standards expected of him by the crown and his teammates.

For the very best in anxiety support from someone who’s been in your shoes, LIKE The Anxious Athlete page on Facebook.

TAGP 288: 3 Truths About Progress Over Anxiety And Stress

TAGP 286: The Pyramid Of Beliefs Leading To An Anxiety Disorder

TAGP 285: I’m Convinced, 80% Of People Who Deal With Anxiety Are Afraid Of This