Anxiety is a bit of a common phenomenon in today’s stress-filled world. Most people have already experienced the sudden palpitations, the sweaty palms, and that overwhelming sense of dread. People inherently understand the power that fear holds over them and can sometimes even recognize when fear becomes too much for them. Fear is often said to trigger sudden battles with anxiety in even the toughest and most hardened minds. This is because fear grips everyone and is as clearly defined and universal as the concept of death. However, what most people don’t seem to understand is that fear is not the sole trigger of an attack, although it always plays a role. There are disorders out there, mostly of the psychological variety, that can also trigger an attack.

Getting To The Root Of Your Anxiety Problem Is Key

Interestingly, statistics show that acne is a powerful trigger for anxiety, particularly among teenagers and young adults. In fact, it is cited as being among the most common sources of anxiety in the US and certain European countries. The causes for this reaction are readily obvious to the teenagers themselves, but can sometimes be elusive to adults. The teen years are an age where social development and peer acceptance tend to play prominent roles in people’s psychology. Acne and other skin infections can become a hindrance to achieving the above goals, putting them in a precarious position along the social ladder. This is considered to be among the most prevalent problems that cause teen anxiety. aside from situations involving immediate family.

Obsessive-Compulsive Disorder (OCD) has also been known to trigger anxiety, among other potential side effects. This is particularly true if the object of the obsession involves either harming others or being harmed personally. Being obsessed with avoiding physical harm can often make someone extremely anxious about being placed in any environment that they perceive to be potentially hazardous. It should be painfully clear just how dangerous a person who is obsessed with inflicting pain upon other people would be in any society, even though it usually causes conflicts with the cultural mores that the person has been raised with. In this case, the anxiety often stems from the fact that the desire to inflict pain exists, acting as a subtle difference between these people and actual sadists.

Weight disorders generally stem from unfounded fear and anxiety and are often capable of generating enough of the latter on their own to keep the cycle going. However, in most cases, the fear is the root of the disorder, along with peer pressure and poor self-perception, but not necessarily one of the potential psychological complications.

Phobias can also cause someone to feel anxious and overly worried, particularly when around the object of the phobia or threatened with it. According to some studies, some specific phobias are more effective at this than others, particularly if the object of the phobia is a commonplace occurrence, person, or item. Cases where the phobia stemmed from a traumatic experience during the formative years are also very powerful at causing a person to develop anxious feelings, even in the long-term. Agoraphobia and claustrophobia are known to have this sort of effect on certain individuals.

TAGP 259: Is Healing Anxiety Leading You To A Spiritual Awakening 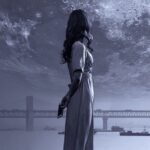